The Chapin Family concert in Downers Grove, Illinois on June 27, 2009 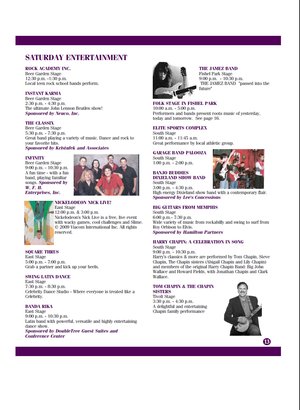 The Chapin Family were scheduled for a Harry Chapin: A Celebration in Song concert at the Downers Grove Heritage Festival on June 27, 2009.[1]. The concert was canceled due to rain and lightning. The band took the stage and attempted to go on and performed parts of a couple of songs. They were eventually run off the stage by the organizers for safety reasons.